Venus in Retrograde Out of Bounds

2020’s Venus retrograde is significantly flavored by the planet’s positioning out of bounds. The qualities of our current time show challenges to most conventions that dominant culture depends on, so it should be of no surprise that Venus—who represents our systems of value—has been out of bounds since April 2nd. Alternative value systems are boosted at this time, allowing feminine economies like trade and gift to flourish, and perhaps the most valuable currency of all right now is not the dollar, but relationship (another Venus realm!), as so many find themselves in isolation, without true human contact.

The Star Holds the Key

When Venus and/or Mercury undergo retrograde periods, the central and defining point of these retrogrades are the degrees of the planets’ conjunctions with the Sun. What I call the retrograde star, this degree stands out and provides significant identity to thematic elements of the retrograde. With this Venus retrograde, the retrograde star will occur on June 3rd, at 13 Gemini.

END_OF_DOCUMENT_TOKEN_TO_BE_REPLACED

Venus Out of Bounds

If the declination of Venus in a chart is greater than 23 degrees and 27 minutes north or south, this is considered Venus out of bounds. So what can this tell us about a person?

The Symbology of Venus

In astrology, Venus works as a symbol for a myriad of concepts: personal values, aesthetic tastes, patterns in relating both romantically and in friendship, the divine feminine, nature, women’s rights, financial standing… the list goes on. In the physical realm, Venus can represent women, cats, the kidneys, the arts, sweet foods, parties, certain crystals and flowers. Venus is a benefic planet, and generally brings in positive energies. But Venusian influences can often be over-indulged. Cue Libra, a Venus-ruled sign known for its fixation on balance and harmony. The spoils of Venus are best enjoyed in moderation.

Venus also makes an incredibly beautiful pattern in our sky: 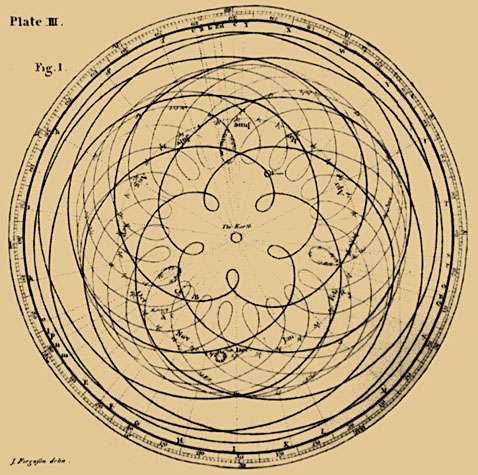 The Out of Bounds Signature

So if Venus can show up in so many different avenues of our lives, how can we pinpoint and illustrate the Venus out of bounds signature? Well, to begin, Venus out of bounds simply does not operate within cultural norms surrounding relationship, art (creation of and taste in), or pleasure.

END_OF_DOCUMENT_TOKEN_TO_BE_REPLACED

Out of Bounds Planets

For a planet to be classified as an out of bounds planet, it must be traveling through our sky at a remarkably high or low angle along the ecliptic–the path created forged by the Sun and Moon, occupied by the zodiacal constellations, that one strip of sky through which the first astrologers noted that stars were moving.

The “bounds” are determined by the Sun’s north-and-south range along the east-to-west ecliptic. Go outside for your next visible sunset and mark where the Sun touches the horizon in the west. Some time later (a week, a month, three months), stand in the same place for sunset, and you will notice that the Sun’s descension point is either further north or south than when you first saw it. For us living on the northern hemisphere, the Sun is at its northernmost on Summer Solstice, and southernmost on Winter Solstice. The path of the Sun on these polar days creates the “bounds” of the ecliptic, measured at 23.3 degrees north or south (+ or -) in a common declination table.

And so, when a planet is traveling along the ecliptic but outside of these bounds, that planet is designated as out of bounds. This tends to occur almost exclusively within the signs of Gemini, Cancer, Sagittarius and Capricorn–the signs bookending the summer and winter solstices.

This is a very surface-level explanation of the mechanics of out of bounds planets. And as much as I enjoy the astronomy realm of astrology, I’m more interested in relaying information about meaning here. So, if you feel the need for a deeper understanding and great visuals, go over to Nick Anthony Fiorenza’s The Lunar Planner and learn more.

You or someone you know has an out of bounds planet, but what does that mean?

Really, each out of bounds planet shows its quirky characteristics in specific ways, but there are some thematic commonalities from the Moon on out. For instance, the scofflaw trait.