I’ve been enjoying a new documentary series on Netflix called Wild Wild Country, which tells the many-faceted tale of the short-lived Oregon city of Rajneeshpuram, a former 100-square mile ranch repurposed into a small, revolution-focused city in devotion to Bhagwan Shree Rajneesh. 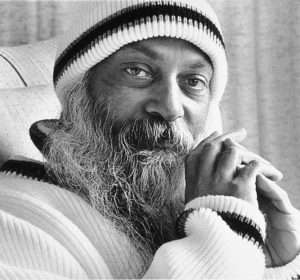 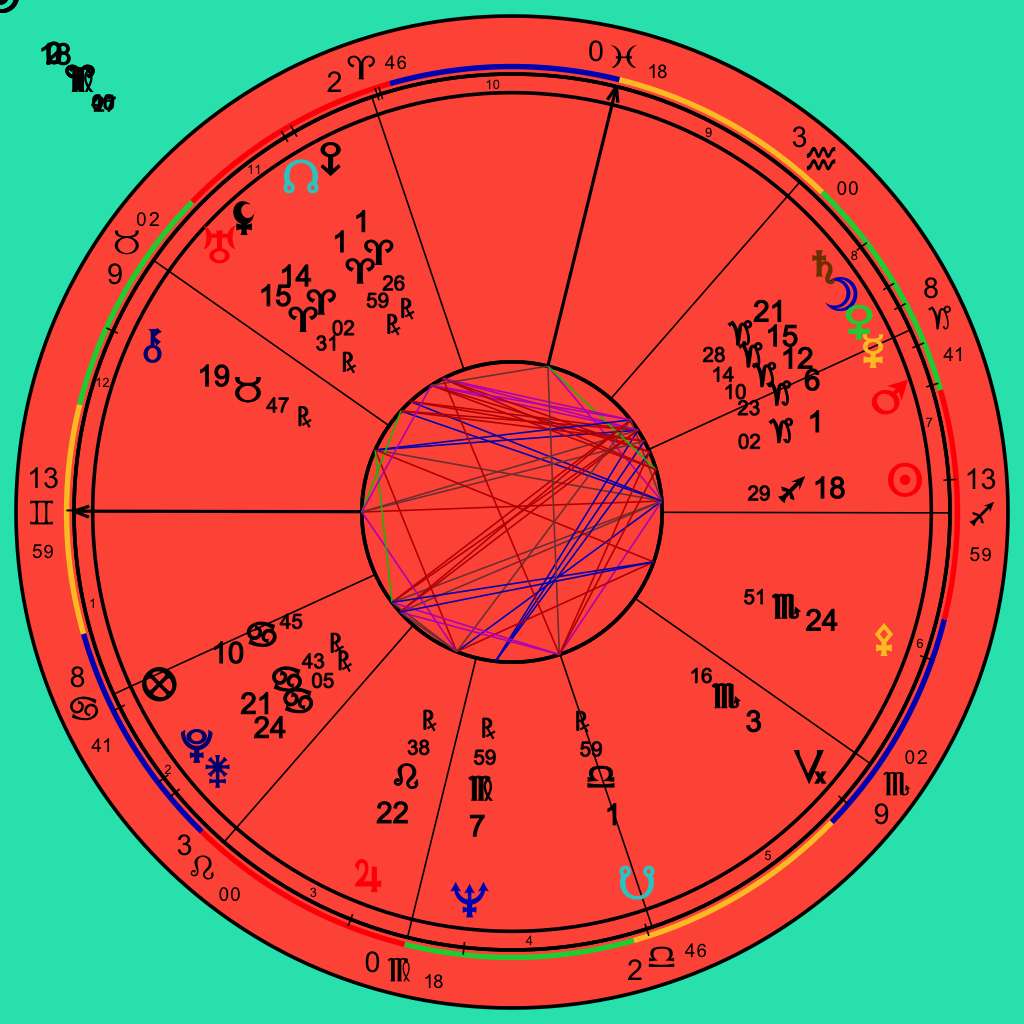 Noteworthy in the natal chart of Rajneesh:

At some point (and I should really get the Rajneesh book so I can know exactly when), the Bhagwan relocated to Pune, India, and from there created a large ashram that was shared with his followers. Here is Rajneeshes’s natal chart relocated to Pune: 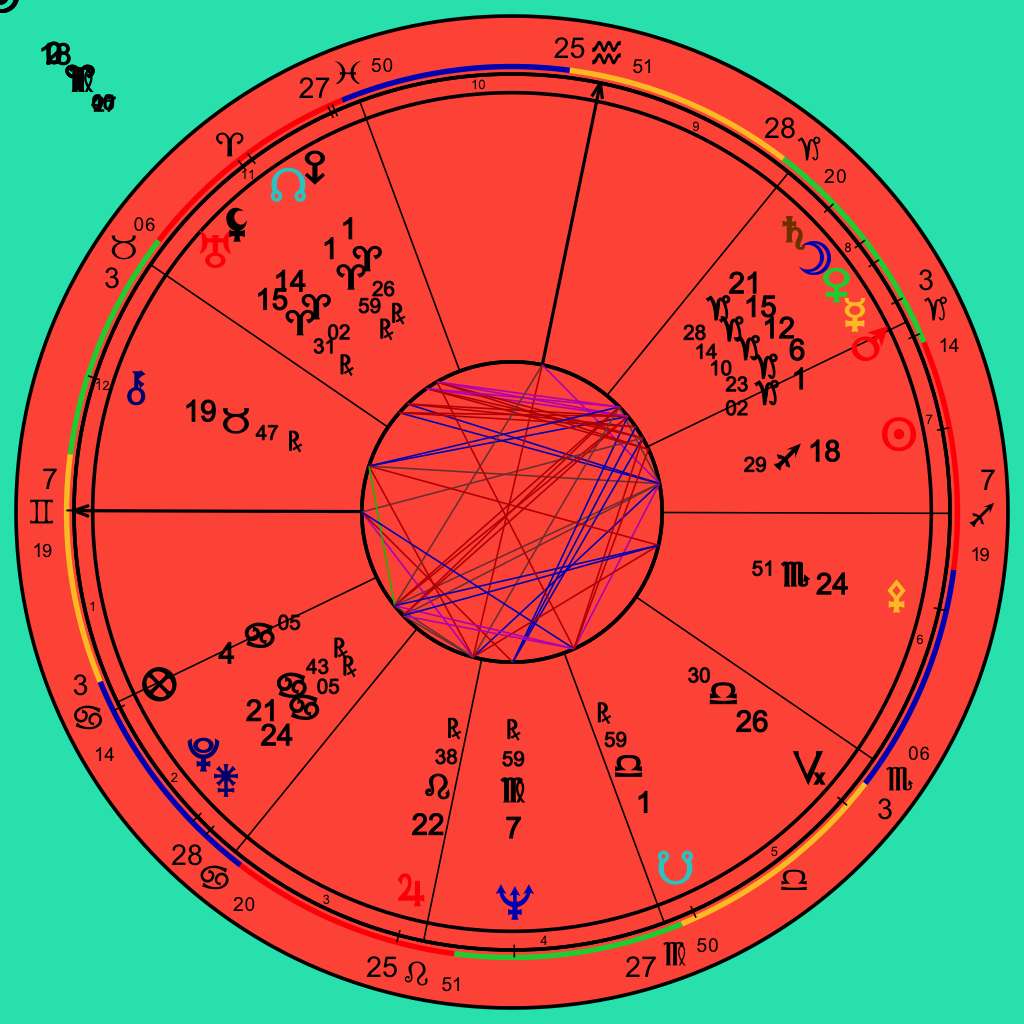 There is not much change, as the move is not incredibly dramatic, but the ascendant shifts from 13 degrees Gemini to 7, within orb of the fixed star Aldebaran. This moves Aldebaran from the twelfth house into the first house as well. To borrow from astrologyking.com, Aldebaran “gives honor, intelligence, eloquence, steadfastness, integrity, popularity, courage, ferocity, a tendency to sedition, a responsible position, public honors and gain of power and wealth through others, but its benefits seldom prove lasting and there is also danger of violence and sickness.”

Relocating to put Aldebaran in a primary angular position was a very fortuitous move for the Bhagwan, as he carried most of these blessings (and curses) at the forefront of his being. It always amazes me how often people gravitate to the places that will help them do what they want/need to do. That holds true here. Or alternatively, the Bhagwan had a pretty good locational astrologer. 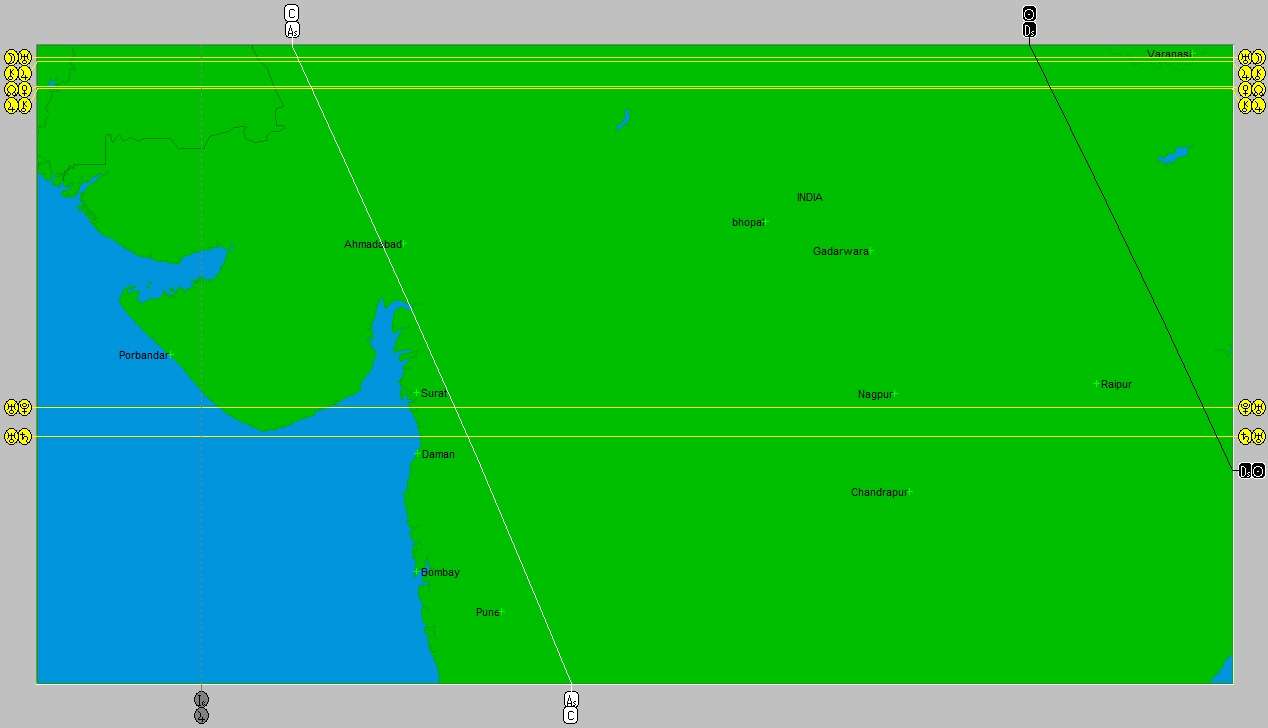 The white line moving downward-diagonally left to right is Aldebaran’s ascending line. Look how close it comes to Pune, and note how Pune lies west of the line and Bhopal east. This denotes the shift of Aldebaran across the ascendant from 12th to 1st house upon relocating.

By 1977, according to a recent timeline published by the East Oregonian, the Rajneesh movement was peaking “at about 25,000, which included properties around the world.” In looking at the Bhagwan’s transits for this time, I discovered Neptune crossing the DC into his seventh house on December 13, 1976 (two days after his 45th birthday), conjunct the Sun and Mars–certainly a powerful movement. To my eye, this effectively symbolizes the long labor of Neptune’s transit through his sixth house finally paying off, as Neptune crosses the horizon to begin a star-power happy hour that would last most of the remainder of his life. At least until things got too ugly and his followers started poisoning non-Rajneeshee people by the hundred with salmonella (right on time with Uranus opposing his ascendant and this whole adventure spiraling way out of his control, but I digress).

Bhagwan Shree Rajneesh would have one more major relocation: the move to the sacred city built specifically for him to dwell in and rule. The city of Rajneeshpuram was supposed to be the Bhagwan’s revolutionary vision for human civilization manifested.

Here is the Bhagwan’s relocated chart for Rajneeshpuram, Oregon: 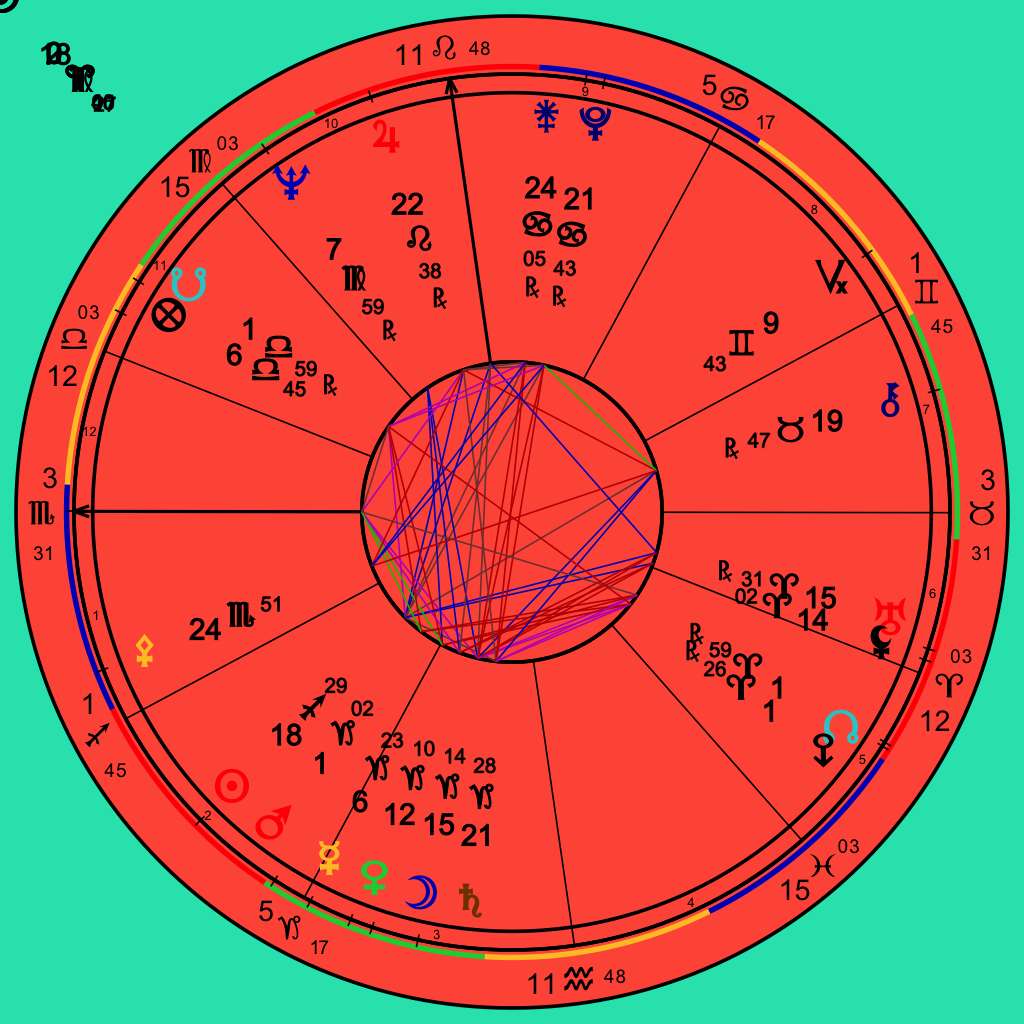 Changes noteworthy to the Out of Bounds Eye:

Indeed, it would seem that the Aldebaran/Antares axis overtook the Rajneeshee narrative as Uranus opposed Rajneesh’s natal ascendant. The Bhagwan’s right hand, Ma Anand Sheela, began thrashing violently against the fearful actions of local Christian Oregonians. She plotted the assassination of the attorney general and, as mentioned above, conducted a massive bioterror attack throughout the county in an attempt to win an election.

I can only feel immensely grateful that the story of this Sagittarian guru and his followers has come across my path at a time when I can engage with it. I would totally e-mail him, but this iteration of his soul transitioned out of his earthly body back in Pune in 1990. Nonetheless, his chart is still receiving transits, as the March 16, 2018, release of this series found every astrological point except Jupiter and the North Node transiting above the horizon of his natal chart (and even above the horizon, Pallas is the sole occupant of his twelfth house). This release was on the eve of the recent Pisces new moon conjunct Chiron, which took place in his natal tenth house, where Neptune has been transiting for some years now (his MC is 0 Pisces).

I hope you have enjoyed this window into Out of Bounds astrocartography. Let me know if there are spots you notice in these charts that escaped my eyes!